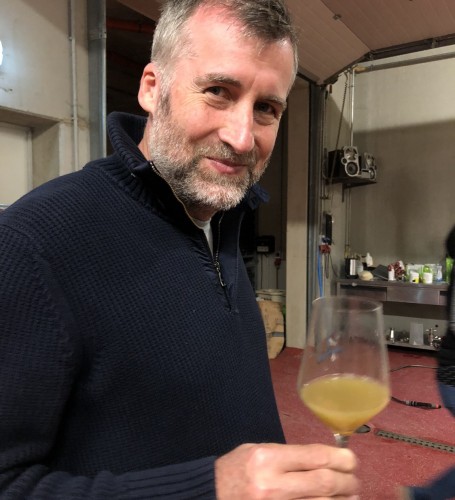 Moving on to work with Willamsburg’s rising star chef David Everett at The Dining Room at Ford’s Colony, Michael soon found himself in charge of a wine program with over 1,000 selections, three restaurants, a catering service, and 10 consecutive years of Best of Award of Excellence awards from The Wine Spectator. During his tenure, the restaurant went on to be awarded a prestigious 5-Diamond award from AAA and a DiRonA award.

In 1999, Michael went into wholesale, representing a portfolio of top wines in Charlottesville, Virginia, and Washington, DC. Next was a job as a wine buyer for Sutton Place Gourmet, a luxury grocery in one of DC’s most exclusive neighborhoods.

After four successful years and 30% sales growth, Michael was on the move again, first to Florida, then to New York to pursue his dream of becoming a Master Sommelier. He has now achieved the level of Advanced Sommelier and while studying, has continued to represent his core value that good wine is best enjoyed with the very best in food. In the last 15 years, he has worked in the restaurants of a string of prominent chefs in New York City including Geoffrey Zakarian, Alain Allegretti, Vikas Khanna, Gordon Ramsay, Galen Zamara, Kurt Gutenbrunner, and Alfred Portale.

What do you think about the PairCraft process?

Food and wine are constantly changing and evolving and modern cuisine has amazing influences and ingredients from all over the world. Pairing wine and food has always been a learning process, and is even moreso in the modern world of internationalized cuisine. Pairing blind removes our biases and pre-conceived notions about how food and wine will pair. The process is incredibly illuminating and forces us to really ask the question “Why does this work?” The PairCraft process is perhaps one of the best ways to be able to keep the art of pairing food and wine up to date with what is happening in the greater culinary world.