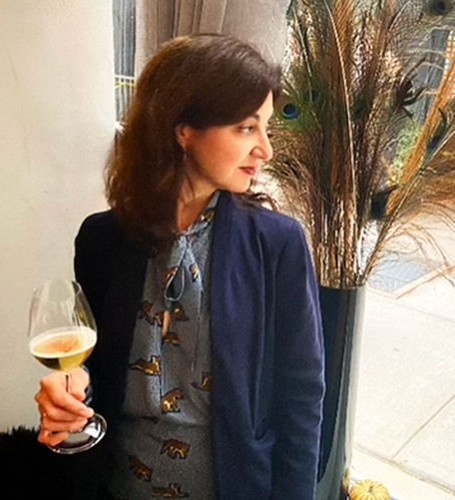 Vancouver native, Irene Miller, began her gastronomic journey at the New England Culinary Institute. After earning her degree, she moved to San Francisco where she landed a pastry assistant position at Campton Place Hotel. From there, she went to work for artisan chocolatier, Michael Recchiuti, where she honed her chocolate and confectionary technique, and headed production as this small company rose to national prominence.

Not wanting to paint herself into a corner, Irene decided that it was time to expand her horizons beyond the kitchen. She moved to the front-of-the-house at A16, a Southern Italian restaurant in San Francisco that was breaking the boundaries of what a wine program should look like. After much study and with the help of a kitchen-trained palate, Irene landed a spot on the sommelier team. Shelley Lindgren’s groundbreaking wine list, featuring the wines of Southern Italy, was esoteric and often intimidating to guests, but Irene loved the challenge of introducing people to wines that were new and exciting.

Following several years in San Francisco, Irene decided it was time to move to New York. Once there, she got a job at Le Bernardin, Eric Ripert’s Michelin 3-star temple to seafood. The exceptionally curated and world-class wine list gave Irene invaluable exposure to best of Burgundy, Bordeaux and Champagne. From there she went to Del Posto, where she dove into Barolo and Brunello and then further honed her knowledge of Italian wine as the Wine Director for Lincoln Ristorante at Lincoln Center, New York’s cultural hub. Then, when offered the buyer position at Vestry restaurant, where she was able to build a list from the ground up, she jumped at the chance. Dedicating her combination of food and wine knowledge and skills, Irene has built a program showcasing wines that speak of the place and people that made them, in order to complement Shaun Hergatt’s elegant seafood-focused menu. Along the way she was able to help the Vestry team earn their first Michelin star.

What is surprising about PairCraft?

That just because it grows together, does not mean it goes together!! The information we have typically relied upon to find a wine that ‘goes’ with the food is based mostly on supposition. You can’t truly know what works best until you’ve actually cooked the dish and tasted a variety of wines next to it. Who would think that Grüner Veltliner would be the best pairing for pasta with broken cherry tomatoes? Not me, until I went through the process.