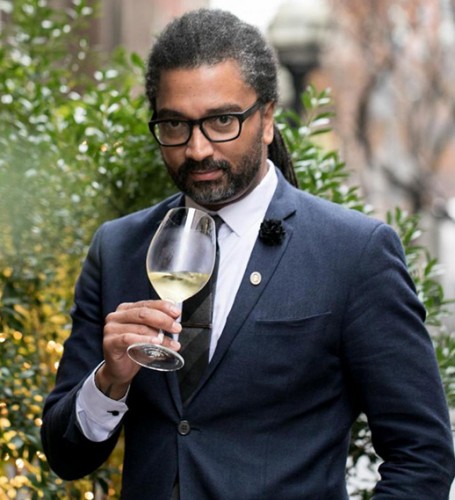 Bruno Almeida is a Court of Master Sommeliers Certified Sommelier. Born and raised in Lisbon, Portugal, he landed in NYC in 2002 and has been working in the hospitality scene ever since. A rock drummer for most of his life, Bruno kickstarted his career in the industry by rocking the dish pit, as being a musician unfortunately won’t pay the bills.

Having worked at legendary restaurants such as Dirty French, Gusto Ristorante, Pao, Pintxos, Inoteca, Corsino, Balaboosta and Locanda Verde, Bruno started his sommelier journey more seriously around 2008, making it official by 2010. Until the pandemic, he was the wine director and sommelier at iconic Tocqueville restaurant.

Sharing his wine knowledge and his serious Portuguese wine advocacy, Bruno has collaborated on various events and lectured in many different seminars as a wine and spirits educator for years. He is a deep lover of French, Italian, Spanish and Georgian wines, too.

Bruno has served as a wine judge/educator for the Portuguese Wine Magazine Revista dos Vinhos/Essencia do Vinho, Wines of Portugal and various events in Portugal, leading master classes in NYC for several Portuguese wine regions, including Vinho Verde (CVRVV), the Douro Valley (IVDP), and Madeira (IVBAM), as well as for the Georgian Wine Association.

On Instagram, including as a Sommation Live contributor, Bruno conducts virtual wine tastings. live wine talks, and interviews with diverse winemakers, producers and wine professionals from across the planet. Focused on wine dducation about all wine regions of the world, despite his strong roots in Portugal, he strongly believes a long table with yummy food and delicious wine helps to express diversity and should be shared for all. What a great feeling to know at this point that he reaches lots of different people all over the globe about an interesting Syrah made in Morocco or a refreshing Portuguese red sparkling, and how stellar white Bordeaux wines or Finger Lakes Rieslings are.

What is surprising about PairCraft?

PairCraft has been a humbling experience and deeply appreciated on my end, making my palate think twice or more. We somms have preconceived takes on a lot of things. Reds evolve so much that we tend to forget their versatility across the board, and it fairly happened to me during tasting. I still believe the dish is best with a complex white wine pairing, but the possibilities are endless nowadays. Loved it!
Eye opener!